Witnesses silenced, mysterious lawsuits, information and evidence disappearing, charlatan doctors and scientists, and sadistic clowns - sounds like a horror movie? Maybe, but that is the grim reality of the Moscow Cat Theatre as it appears after our investigation into the matter.


It seems that despite the declarations of Kuklachev that "No animal rights organization prevented the appearance of the circus"[1], the ugly truth is that quite a few people objected and published information about the abuse of cats in the Theatre, but they were silenced by Kuklachev.

It all began when 34 bloggers from all over Russia received court summons or legal threats, if they remove from their site content that criticized Yuri Kuklachev and the Moscow Cat Theatre [2]. As a result, it is much harder to find information about the subject these days. We managed to find two people who are still willing to speak up against Kuklachev - and what we hear is disturbing.

Misha Verbitsky is a mathematician, a blogger, and a website operator. One user on his website has published a song which mentioned Kuklachev ("..and that fucker Kuklachev...") - and received a rude warning and an order to remove the content from his website.

The message was as follows:

"Your resource contains deliberately false and libellous information, damaging the honour and dignity of People's
Artist of Russia Jury Kuklachev and the professional
reputation of the government culture institution of the
city of Moscow, the Kuklachev's Cat Theater"


For the writer of the original song it was enough to change it, and Misha wrote the story on his personal blog. Six months later he received a summons to court, as his blog entry "Is damaging the government institution's reputation" - which is, Misha adds "Serious business in Russia".

Misha agreed to answer our questions regarding his claims against the circus.

Hello Misha, Can you describe what acts of cruelty occur in the circus?

You raise some serious accusations - have you got any reliable sources for them?

I got some legal witness for the libel lawsuit started by Kuklachev. The judge refused to take this evidence as he claimed it's all personal opinion. Still, I suppose that in case of another lawsuit, my base is well covered.

Kuklachev claims that he uses "love" to train the cats, what do you think
about that?

Kuklachev is also a member of Russian Academy of Natural Scientists (RAEN) [3], a professional organization for crank pseudo-science, and he used his cats as a test case for chemical experiments by one of most infamous RAEN charlatans (Viktor Petrik)[4][5]. Petrik has on his site some letters from Kuklachev about details of this chemical experiment. Kuklachev is also a follower[6] of Mirzakarim Norbekov[7], an infamous crank healer, also from RAEN. Kuklachev leads a Norbekov healing program for kids in his theater.

I think this "love" has just as much credibility as Norbekov's "healing" and Petrik's crank chemistry.

Are you aware of any other country protesting against the circus?

No, Israel is the first case.

What about Russia? Did any animal rights/welfare organization over there protest against the use of animals in the circus?

No, Kuklachev is an iconic figure among the Soviet emigrants who were kids in 1970-ies because he was so much on TV then, and he caters almost exclusively to this kind of audience. There is not many animal defenders in this demographic group. This is why Kuklachev's animal cruelty became a public affair just recently, after he tried to suppress information on the internet, causing the opposite effect.

The animal circus business in Russia is a famously grisly affair, but nobody cares much, people are too hungry for entertainment.

After the interview with Misha, we decided to try and out more about Viktor Petrik, the one Kuklachev whom allegedly performed the experiment on his cats for. We found quite a bit of interesting information - Petrik, a self-proclaimed "academic", is considered close to many politicians in Moscow, including Pr. Putin. On the other hand, scientists and academics claim he is no more than a fraud.

Confirmation to the claim that Kuklachev actually performed the experiment we found on Petrik's own website [8] - this is a letter sent to Petrik from Kuklachev, in which he thanks him for the opportunity to perform the experiments, and tells him the results. From the letter it is obvious that Kuklachev gave his cats an unknown chemical, with unknown effects.

An extract from the letter:

"...After we've received from you in 2008 a medical device.. we performed experiments on our cats with it. As a result of internal use (With their drinks) and outside use (For injuries caused by other cats and by people working with them)..."


Animal experiments are ethically wrong, and testing an unknown substance on the theater animals, is an irresponsible and dangerous act.
Kuklachev didn't face legal problems, since in Russia there is no law that protects the animals. An attempt to pass such a law was failed by a veto from Pr. Putin in year 2000 [9].

This may also explain why in all the discussions in russian courts about Kuklachev's lawsuits, never once were the claims of animal abuse discussed.

One of the main witnesses in the case is Dr. Nikolay Loginov, a known veterinarian who is working in the field for 33 years. Loginov is the founder and director of an organization providing veterinary care for circus animals in Russia. Loginov has provided veterinary serviced for Kuklachev for many years (Voluntarily), until the latter has abruptly told him to leave.
??. ???????
Dr. Nikolay Loginov

In response to our letter, The doctor has expressed his happiness that the issue of cruelty to cats in the circus became a public discussion, as he now "no longer feels alone in this struggle".

Dr. Loginov was happy to answer our questions:

Hello Dr. Loginov, can you tell us what your role was in the theatre?

I supplied veterinary treatment and services to the Moscow Cat Theater since 1991. Kuklachev did not pay for those treatments, and our clinic had to bear all the costs. In addition, I have organized for food supply from the company MARS, in exchange for sponsorship.

Can you describe to us a case of cruelty in the theatre?

After we were forced by Kuklachev to leave our clinic, there were 25 sick and recovering cats left in the isolation ward. Only later did I find out what happened to those cats. By Kuklachev's order - those cats - which have earned him money for 10 years - were killed. I was shocked, and it was very hard for me to live with this fact.

What happens to elderly cats, or those who can't perform for any reason?

Cats who are too old, or not eligible for any other reason - are usually killed or thrown - though in public Kuklachev claims that he finds them homes.

Do you have any idea why Kuklachev abruptly fired you?

The only reason for conflicts between us while I was working there, was the cruel treatment of the cats. At some point I could no longer stand aside.
Kuklachev has asked us to vacate the clinic after he has convinced government officials in the importance of his theater, and started receiving a budget from them. With that money he hired 3 young veterinarians.

Some people think you say those things about Kuklachev out of anger, what would you say to those people?

I want to assure you, that I have no desire to take revenge on this man. I believe that there is a God and that he sees everything. My only reason in opposing Kuklachev is to protect his cats from himself and his dirty business.
So to these people I would say, that my attitude towards Kuklachev is based on the cruel treatment of my patients, who needed my help.

Thank you very much! Is there anything you would like to add?

Kuklachev sees the animals as machines that produce money. He only looks at them from a commercial and consumerist point of view. For the business to be profitable he advertises it all over the world as unique, especially for children, and the only one of it's kind in the world.


What he hear from Dr. Loginov paints a very unpleasant picture of a cold attitude towards the cats, and evidence of abuse and neglect.
There is no doubt that there are many things left unknown about the Moscow Cat Theatre, thanks to Kuklachev's lawsuits. However, it seems that the reality is not happy and cheerful as the circus's publications promise us.

There are also things that Kuklachev is not even trying to hide at all. "Boris got 25 cats pregnant" he announces proudly. According to him they impregnate all females at least ones, "to prevent them from getting cancer" [10] - something every veterinarian can tell you has no scientific reasoning. Every cat lover would oppose such a practice when there are so many cats who are abandoned and die on the streets.

We have contacted Leonid Landsman, the theater's impresario in Israel, to ask for his response to these claims, but he has refused to talk to us.

The media has published several articles about the circus. Additionaly, on thursday the TV show "Uvda" has discussed the circus and the campaign against it.


Another interesting fact the program has revealed is that the Deputy Director of the Jerusalem Theatre was not informed that she was going to host a cat circus. According to her she was only informed that "it is a show for children".

The campaign against the cat circus was a spontaneous initiative of ordinary citizens, which has gained momentum within days, creating a buzz all over the country, and a discussion in the russian blogosphere.

We want to thank everyone who took part in this campaign, and hope that it will be possible to use the momentum in order to promote a complete ban of animal circuses in Israel. 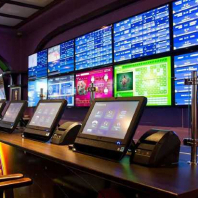 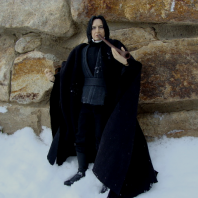 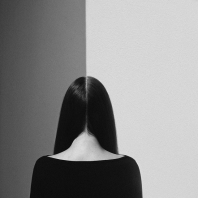 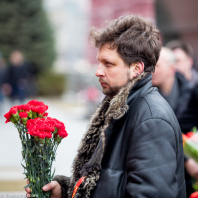 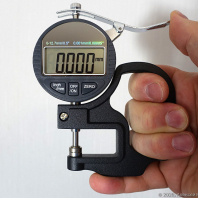 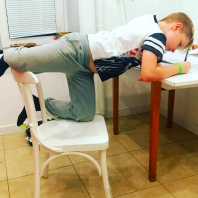 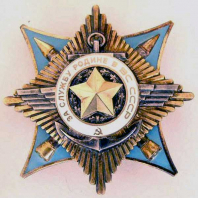 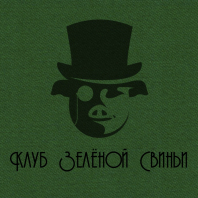 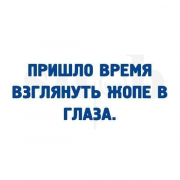